Kanex has this week unveiled a new addition to their range in the form of the Kanex ATV Pro. Which has been designed to provide older VGA monitors and projectors with support for Apple’s latest TV set top boxes. Enabling you to use AirPlay and mirroring via your iOS device if it supports it. 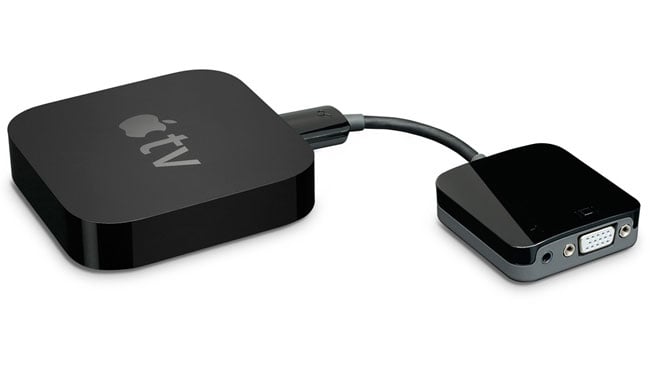 The new Kanex ATV Pro device doesn’t require any additional power to function, and simply connects to your Apple TV and then provides a VGA connection for your older display device. The ATV Pro also has a built in 3.5mm audio jack allowing you to send the audio from your Apple TV via different routes if required. Kanex explains:

“Kanex ATV Pro allows a VGA projector to use Apple AirPlay mirroring from an iPad to Apple TV. Eliminate the need for expensive HDMI projection equipment upgrades. Join the thousands of classrooms nationwide that can mirror and stream content direct to a VGA projector via an Apple TV.”

The Kanex ATV Pro HDMI to VGA with audio support adapter is now available to purchase directly from Kanex for $59.