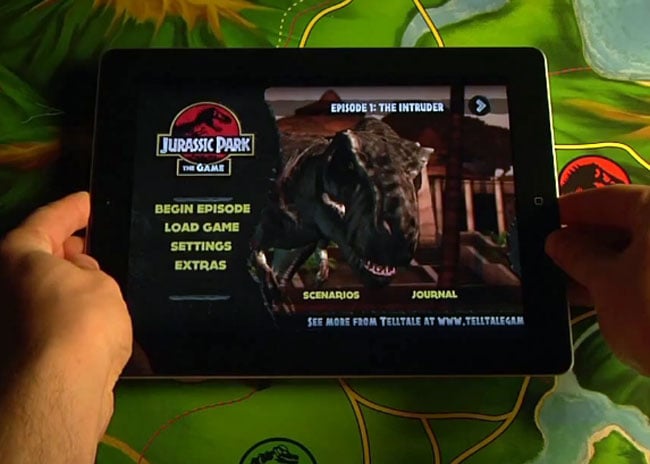 The story begins during the last half of the first Jurassic Park film, where the island’s security systems have failed and the dinosaurs now roam free. When Nedry fails to deliver the stolen dinosaur embryos, his contact Miles ventures into the dark jungle with Nima, a professional smuggler. Elsewhere, park veterinarian Gerry tours Jurassic Park with his daughter Jess in what he thinks is a safe area of the island.

The Jurassic Park Game 1 HD is available fro the iPad 2 from iTunes for $6.99.