You can use the dock in either portrait or landscape mode with your iPad, which comes in handy of you want to watch a movie and it also features a pair of built in stereo speakers. 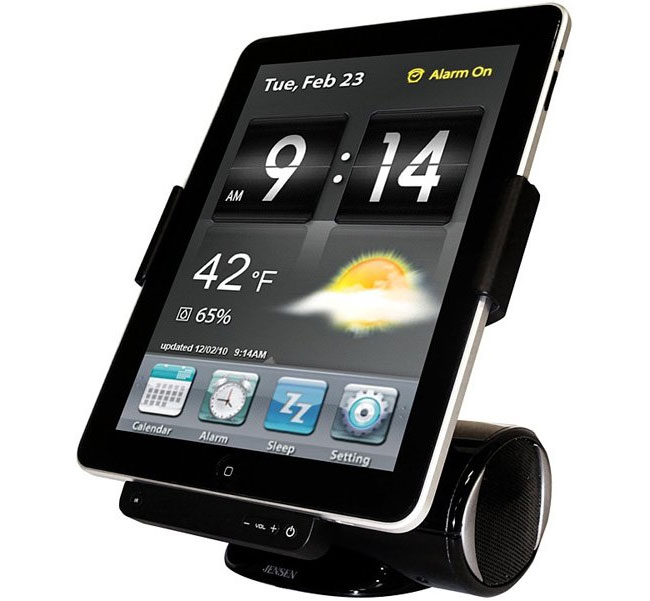 Another interesting feature on the Jensen JiPS-250i iPad Dock is that it has a video line out which lets you hook it up to a larger display, and it even comes with its own iPad application that has a number of features which include and alarm clock, a calendar, voice recording, a photo album and a number of social networking features.

There are no details as yet on when the Jensen JiPS-250i iPad Dock will be available or how much it will retail for.