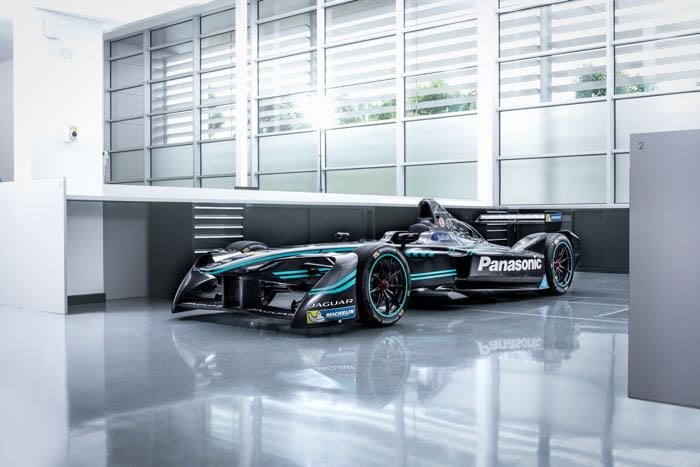 Jaguar has announced its return to racing with the new Jaguar I-TYPE Formula E, which is an all electric race car that will compete in the Formula E series.

The new Jaguar I-TYPE will be driven by Adm Carroll and Mitch Evans in Jaguar’s first season at Fomula E.

From this October, Panasonic Jaguar Racing will compete in the third FIA Formula E season with the first all-electric Jaguar racing car in history: the I-TYPE 1.

At the launch event at the Jaguar Collections Centre, the new I-TYPE 1 made a dramatic debut driven by the team’s official reserve driver Ho-Pin Tung and outlining the brands commitment to ‘Race To Innovate’ – a mission to change the perception of electric vehicles, to develop new electric technology and to inspire future generations.

You can find out more details about the new Jaguar I-TYPE Formula E race car over at Jaguar at the link below.