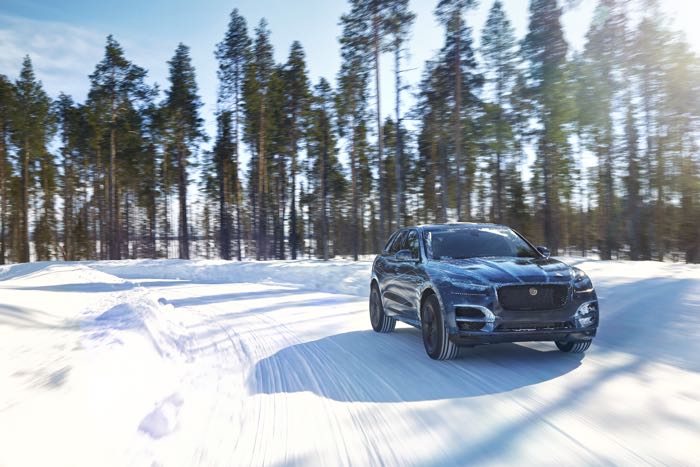 Jaguar has released some new photos of their SUV, the Jaguar F Pace and the company has been testing the car out it hot and cold climates.

The Jaguar F Pace was tested in the ice and snow of Northern Sweden and in the desert in Dubai, the car has been tested in temperatures from -40C to+50C.

“We developed the F-PACE to offer the ride, handling and refinement demanded from a Jaguar, together with exceptional levels of ability and composure on all surfaces and in all weathers.

“Just as we paid obsessive attention to detail over the engineering of every single component, we’ve exhaustively tested the F-PACE in the most challenging conditions to ensure that it will exceed the expectations of our customers around the world.” said Andrew Whyman, Vehicle Programme Director, Jaguar F-PACE. 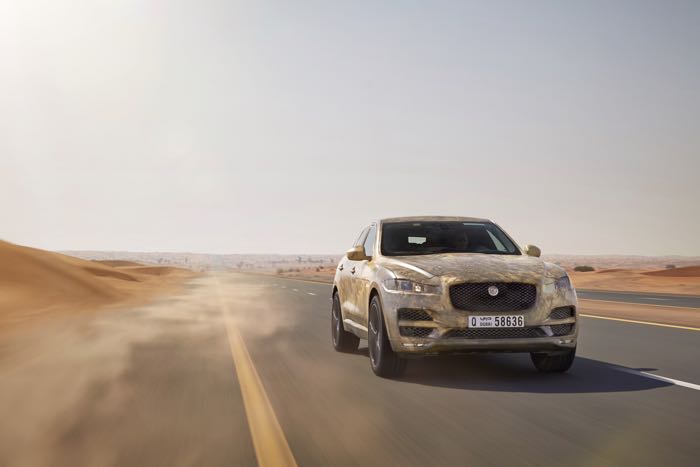 As yet there are no details on how much the Jaguar F Pace will cost when it launches, as soon as we get some more details, we will let you guys know.