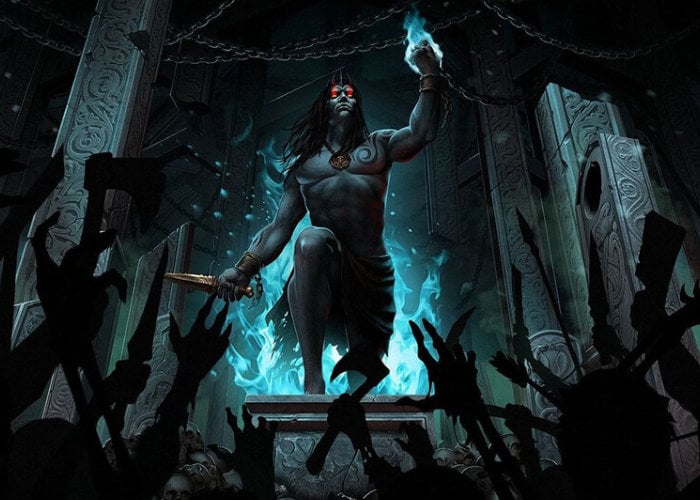 Games studio Unfrozen has announced their new dark role-playing game Iratus: Lord of the Dead will be entering Steam Early Access later this month and will be available to play from July 24th, 2019 onwards. Within the game players take on the role of a villain and use dark powers to defeat heroes and build an army using body parts of fallen enemies. Check out the teaser trailer below to learn more about what you can expect from this new RPG published by Daedalic Entertainment.

“An inversion to the classic heroic tale, Iratus: Lord of the Dead lets players use fallen foes to create fearsome monsters for their personal army. With a heavy focus on strategic combat, Iratus is a complex and rewarding experience for those with dubious ethics and a love of dark fantasy. Brought to you by Unfrozen Studios, a newly formed studio of industry veterans who worked on the games such as the Disciples franchise.”

Features of the Iratus: Lord of the Dead :

– Be EVIL: Play as the villain in Iratus: Lord of the Dead and use dark necromantic powers to crush your heroic enemies.
– Advanced turn-based battle system: Learn your enemies’ weak points, exploit them with physical and magical abilities, and attack their minds to drive them insane.
– Combat and choices with consequences: Classic roguelike features including character permadeath.
– Craft your army from the body parts of dead enemies: Select from 16 different types of undead minions like zombies, vampires, mummies, banshees and more with nearly 100 unique talents.
– Choose from four types of necromancer talents that change the way you play, including Alchemy, Magic, Ire, and Destruction.
– Intelligent enemy AI and multiple difficulty levels to challenge even experienced RPG strategists.
– Expand and improve your underground lair with necromantic powers.
– Detailed stylized 2D graphics evoking classic dark fantasy atmosphere.
– Standout voice acting from Stephan Weyte, who played Caleb in the celebrated Blood franchise.