Apple’s iPhone 4 went up for pre-order on their online store at 9AM UK time this morning, the online store went down immediately, and was up and down over the next couple of hours, and it took us until 12pm to get our order in.

It seems like pre-orders of the iPhone 4 in the UK have been a success for Apple, although it isn’t the same for the UK mobile phone networks in the who will be selling the iPhone 4 on various monthly contracts. 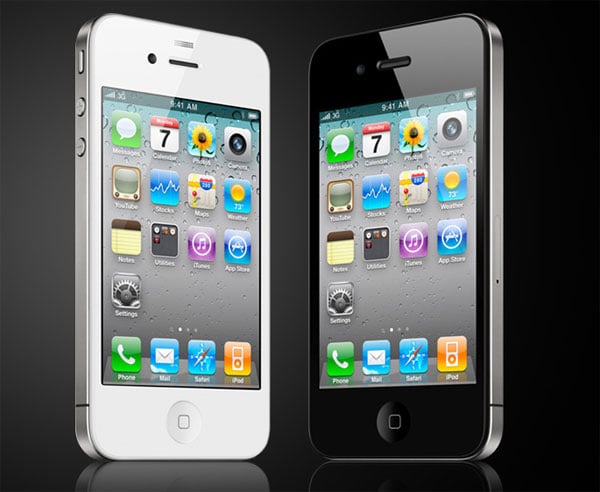 Apple is selling the iPhone 4 for £499 for the 16GB and £599 for the 32GB on a SIM free basis, this means you aren’t tied into any contract and you can choose any network to use your iPhone on.

We have been in constant contact will all of the five networks here in the UK, and none of them know when they will have the iPhone 4 available for pre-order on their networks.

We were told by one of the networks that the reason they hadn’t released any pricing information is that they haven’t received the final details from Apple.

Either Apple is looking to get at least a days head start on the networks in terms of sales, which is quite probable, or the networks are working a deal out between themselves to keep prices and contracts similar between each one.

Whichever one is the case, it isn’t the best of news for customers who don’t want to shell out £500 or £600 on a SIM free phone, and would rather purchase their iPhone 4 on a monthly contract for a reduced price.

Customers who want an iPhone 4 on a  monthly contract only have one option at the moment, the can reserve and iPhone 4 to pick up from an Apple store on launch day, and then they will be able to set it up on a contract in store, although we do not know if all five networks will be supported for in store activation.

As soon as we get more information on how much the iPhone 4 will cost on a monthly contract, and what contracts will be available we will let you guys know.