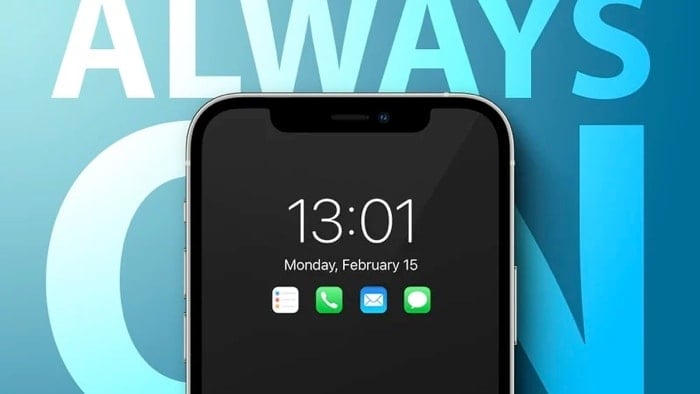 We have heard lots of rumors about this years iPhone 13 range, according to a recent report, the handsets may come with an always on display.

The news comes fro, Bloombergs Mark Gurman in his Power On newsletter and he has revealed that Apple are planning to have an always on display which has been inspired by the Apple Watch.

The new iPhone 13 lineup will come with new displays and also larger batteries, plus Apple’s new A15 Bionic processor which should be more efficient. This should allow them to have an always on display feature on the new iPhones without sacrificing battery life.

Apple will apparently use OLED LTOP displays in this years iPhone Pro line up, these will come with a 120Hz refresh rate and will apparently allow for always on displays. The handsets are expected to feature a smaller notch than the iPhone 12 and also come with a range of upgraded cameras. The ultrawide camera on the new iPhones is rumored to come with autofocus.