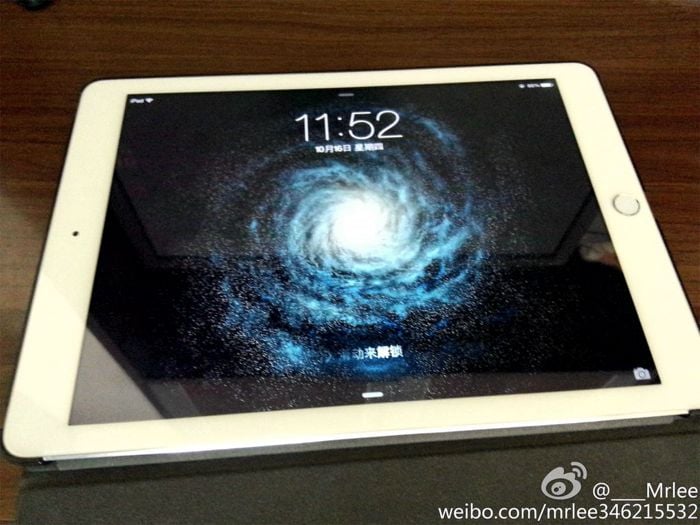 Apple will be unveiling their new iPad Air 2 and iPad Mini 3 at their press event later today, and earlier today we saw confirmation from Apple on the two new devices by the way of a leaked screenshot from an official iOS 8.1 user guide.

Now some new photos have appeared online, and they are reported to be photos of Apple’s second generation iPad Air, which will come with a number of upgrades over the current model.

The new iPad Air 2 is rumored to be slightly thinner than the current version, although it will feature a similar design, it will also come with a number of internal hardware upgrades.

Apple are expected to give the new iPad Air 2 and iPad Mini 3 updated processors, and the Air is rumored to come with a new Apple A8X processor, it isn’t clear as yet on whether the new Mini iPad will get the same processor. 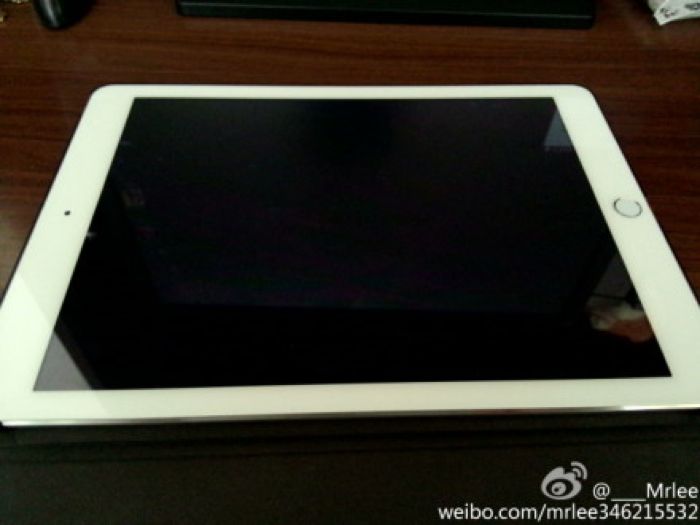 Both of these new iPads will come with Apple’s TouchID fingerprint sensor, and they are also rumored to support Apple’s new mobile payment system, Apple Pay.

As well as new iPads, we are also expecting to see a Retina display iMac, a new Apple TV, and a new Mac Mini, we will have full details on all of Apple’s new devices later today.