Apple has just announced their third generation tablet, the iPad 3, and as rumored the new iPad comes with a 9.7 inch Retina display that has a massive 2048 x 1536 pixel resolution.

The new iPad 3’s Retina display features 264 pixels per inch, and as we heard earlier the device will come with a new A5x processor, which according to Apple features quad core graphics. 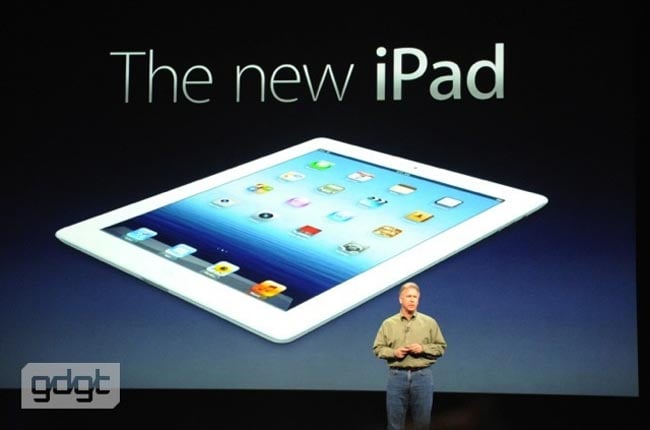 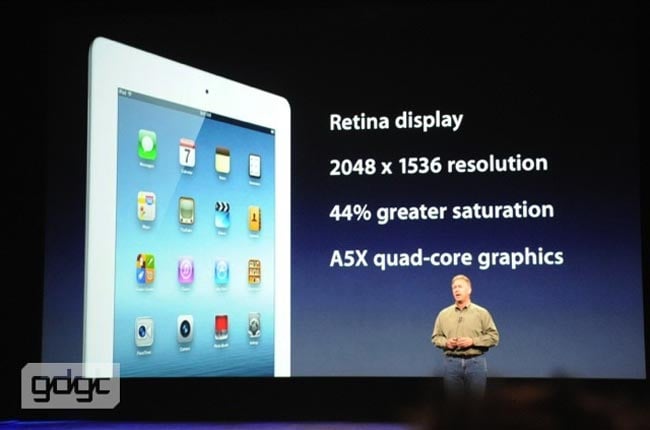 The iPad 3 also features a new iSight camera, with auto-focus, face detection and the ability to record full HD video in 1080p, the camera is backside illuminated and it features a 5 megapixel sensor.

On top of that it comes with support for 4G LTE and HSPA+, and also dual carrier HSDPA, and Apple has said that the new iPad 3 can deliver the same battery life if the iPad 2, with 10 hours of battery life and 9 hours over 4G.