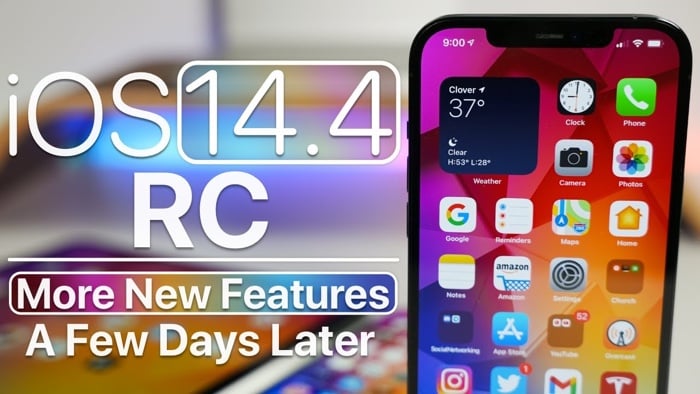 Earlier today we saw a speed test of the new iOS 14.4 Release Candidate, this is the final beta of the software that Apple will release to everyone.

Now we have a follow up video from Zollotech, this gives us a look at some more new features and changes that are coming to the iPhone and iPad with iOS 14.4

As we can see from the video there are a number of new features coming to the iPhone with the iOS 14.4 software update.

As iOS 14.4 Release Candidate is the final beta of iOS 14.4, we are expecting Apple to release the update this week, it could possibly be release some time tomorrow.