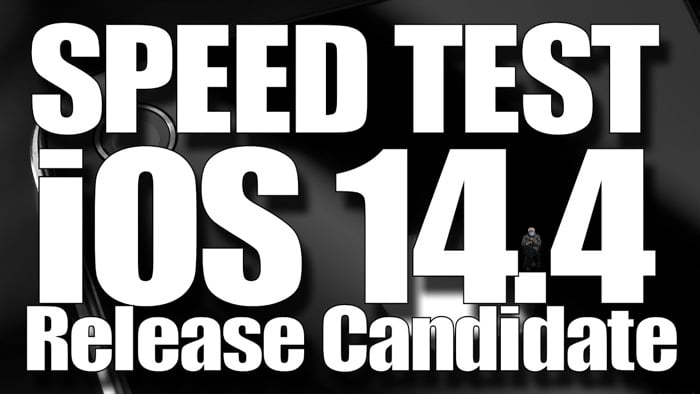 As we can see from the video there are no major speed improvements in iOS 14.4 RC over iOS 14.3 in either the boot times or the apps. The software comes with some new features and also a range of bug fixes and performance improvements.

Assuming there are no issues with the Release Candidate, we are expecting Apple to release the final version of the software this week, probably some time tomorrow.