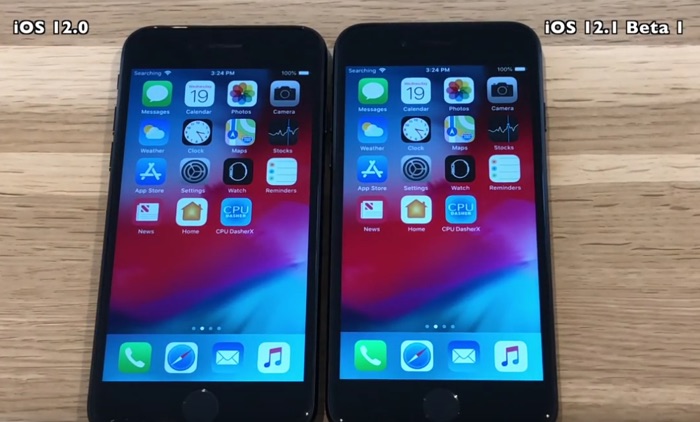 Apple’s iOS 12 software was released earlier this week, since then we saw the new iOS 12.1 beta. Now we have some speed tests videos with iOS 12.1 vs iOS 12.

With the iPhone 6 test the handset running the new beta of iOS 12.1 booted up slightly faster, the two handsets seem about the same in the apps, next we have the iPhone 6S.

As can see from the video of the two iPhone 6S the handset running the new iOS 12.1 beta 1 booted up slightly faster. There do not appear to be any major speed improvements in the apps. Next we have the iPhone 7.

In the final video with the iPhone 7, the handset running the the current iOS 12 release booted up slightly faster. Both handset are about the same in the various apps. As we can see from the videos there are no major speed improvements in iOS 12.1 over iOS 12, this may change by the time the final version is released.