The team over at Focus have created an infographic to represent some of the huge figures that made up the Internet in 2010.

Including statistics that reveal 2 billion videos were watched on YouTube daily, and Facebook received 36 billion photo uploads to its pages in 2010. The staggering statistics cover email to websites. Check out the full infographic after the jump. I wonder how 2011 statistics will compare to these. 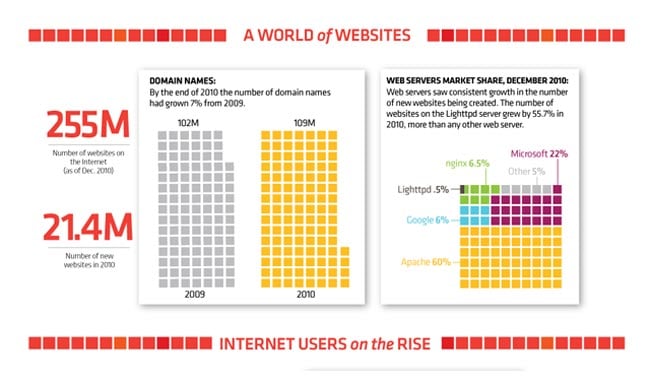 If you’re not a visual person, and would rather read the statistics there is a post on the Royal Pingdom blog, which lists all those stats in plain text.

You can view a larger image on the Focus website.