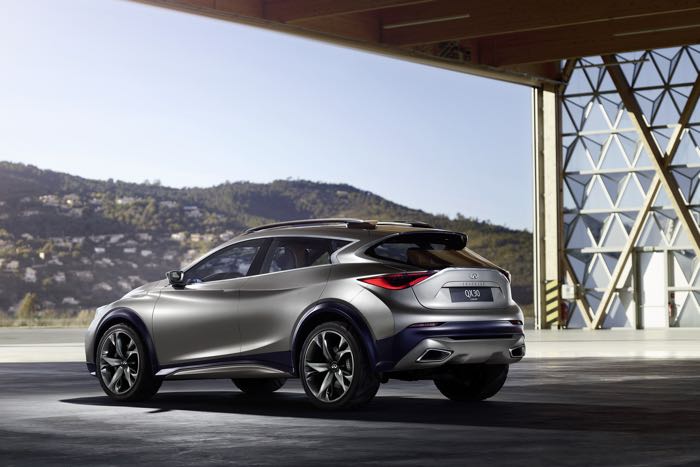 We recently saw some teaser photos of the Infiniti QX30 Concept and now Infiniti has unveiled their new crossover ahead of the Geneva International Motor Show.

The company has release one photo of their new Infiniti QX30 Concept and also some details about this new SUV. 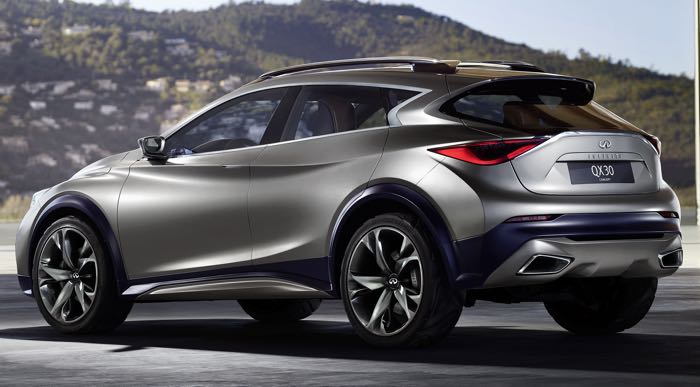 “We wanted the spontaneous fluidity of the QX30 Concept design to cut through the urban clutter and rigidity, reflecting its go-anywhere and spur-of-the-moment nature,” said Alfonso Albaisa, Infiniti Executive Design Director. “The QX30 Concept has been designed to make occupants feel safe and protected inside, and customers can drive in or out of the city without worrying about nicks to the chromework.”

The theme of “stylish protection” is evident from nose to tail. The designers have given QX30 Concept a more pronounced aluminum-trimmed bumper up front, while rounding up the rear with a tough skid plate sculpted with nuanced graphics.

We will have more details on the new Infiniti QX30 Concept when it is officially unveiled at the Geneva Motor Show next month.