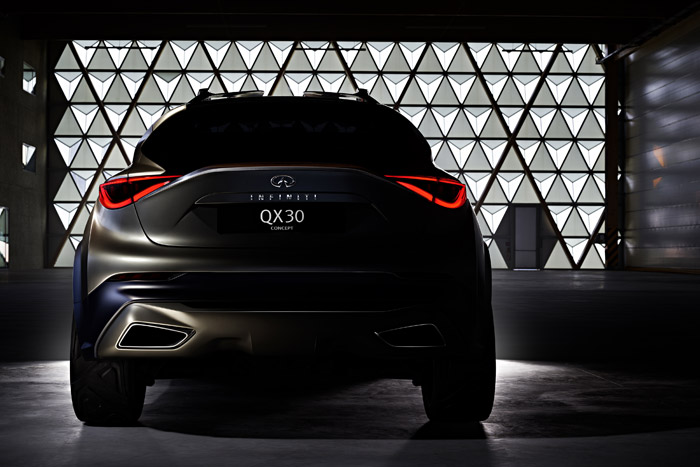 Until the unveil happens, Infiniti is keeping mum on the specifications and features of the QX30 concept. What we know so far isn’t much. The car is aimed at a new generation of premium buyers. Infiniti wants to woo the urban professional that needs a crossover capable of working in an urban setting during the week and taking them on get-away weekends.

To be well suited for urban life, the crossover will need to be compact. Infiniti promises the “sleek lines” of a coupe along with the seating position of a crossover. The SUV aims to be at home on city streets and the highway. In other words, don’t expect off-road prowess, this is a people mover more than anything. The lone teaser image here is all we have to look at so far.