Motorola did mention about the Moto X successor at MWC 2014 earlier this year, and we’ve heard countless number of rumors that it will come with more customization options, as well as top-notch specifications.

We’ve already seen the press render of the device, courtesy of @evleaks who revealed it as a retirement gift. And now, TkTechNews has shared an image of the Moto X+1 in all its glory, with a leather back.

The alleged Moto X+1 was even spotted on a Brazilian retailer last week. The listing didn’t reveal the price of the handset, but it did tell us what to expect in terms of internals. The purported handset is said to come with a 5.2-inch display sporting a resolution of 1920 x 1080 pixels, with a quad-core Snapdragon processor clocked at 2.2GHz with 2GB of RAM and 16/32GB storage on board, possibly alongside a microSD card slot. 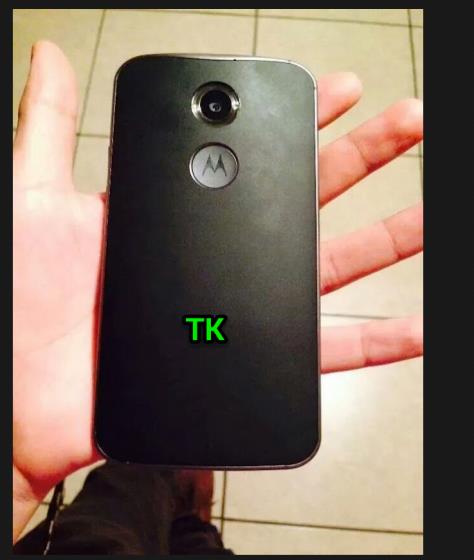 Other rumored features include 13MP camera on the back for photos and videos, a 2MP front-facing camera, moto maker customization options, and should come with Android 4.4.4 KitKat as its operating system.

Motorola has scheduled an event next week where the company is expected to announce a number of new devices, including the Moto X+1, Moto G2 and the Moto 360 smartwatch.