IK Multimedia has this week unveiled a new addition to their range in the form of a portable keyboard designed specifically for iOS devices, PC and Mac, called iRig KEYS.

The IK Multimedia iRig KEYS has been created to provide users with a portable universal MIDI controller keyboard, and connects directly to the 30 pin connector of Apple’s iPhone, iPad or iTouch devices, or the USB port on Mac and PC systems. 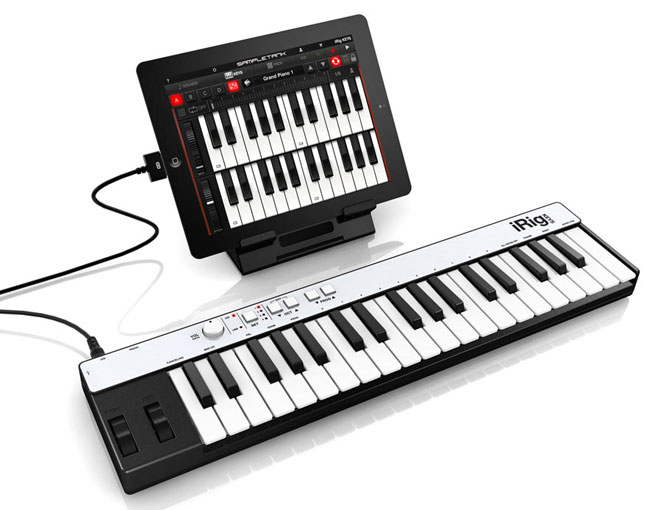 Once connected to your preferred device no additional apps, software or drivers are required, and iRig KEYS features 37 velocity-sensitive mini-keys and 3 full octave range plus one note. iRig KEYS is a lower powered device that use your devices battery for complete portability, and already has a couple of free companion applications created by IK Multimedia.

“iRig KEYS is the ultimate portable keyboard players and producers companion. Use it any time and anywhere inspiration strikes you… simply hook it up to your device or computer and start playing. You can use iRig KEYS for live performance or for songwriting and composition with the included app and software or with a multitude of other MIDI compatible instruments and recorders on any iOS, MacOS or Windows system.”

The new IK Multimedia iRig KEYS portable universal MIDI controller keyboard will be available to purchase in the autumn and will be priced at around $94 or €75. For more information jump over to the IK Multimedia website. 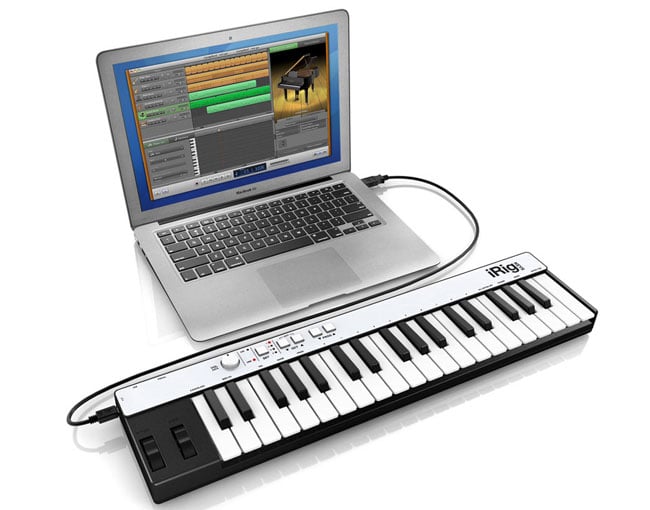