There have been a few rumors that the next generation Apple iPhone may contain a built in RFID tag reader, I guess we wont know until next year when apple release a new iPhone.

In the meantime a company called Wireless Dynamics has developed an accessory for the iPhone and iPod touch along with an app that can read RFID tags and near field communications, called the iCarte. 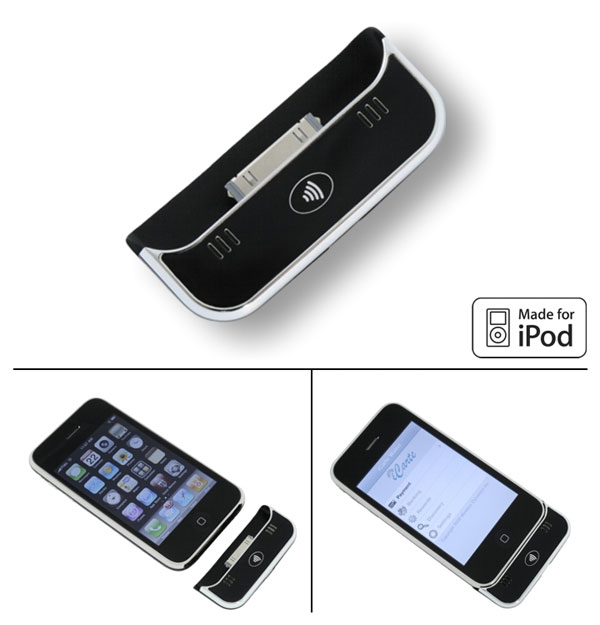 “We are excited about the introduction of NFC, RFID and contactless payment solutions for this (iPhone) game-changing smartphone platform with millions of users,” said Ambrose Tam, Chief Executive Officer of Wireless Dynamics Inc. “We anticipate that there will be many mobile payment and e-Commerce applications to be developed for the iPhone and iCarte™ to speed up the adoption of NFC and RFID.”

The iCarte slots onto your iPhone and plugs into your sync port, the device can then read RFID tags and transfer the data to the iPhone app.

It can also transmit NFC or FRID data over WiFi and 3G, and it is compatible with the iPhone 3G and iPhone 3GS, and it even comes with a mini USB connector so you can still charge your iPhone when the device is plugged in.