While attending the Meego Conference in San Francisco this week, the Engadget team spied an i-Buddie Oak Trail tablet, which was left all alone and just sitting there ready to be put through it paces.

The new 10 inch tablet is equipped with Intel’s recently launched Oak Trail and has been created by i-Buddie. The Engadget team were able to snap a few images of the new device, but unfortunately didn’t quite have enough time to capture any video before the device was whisked away by an Intel representative. 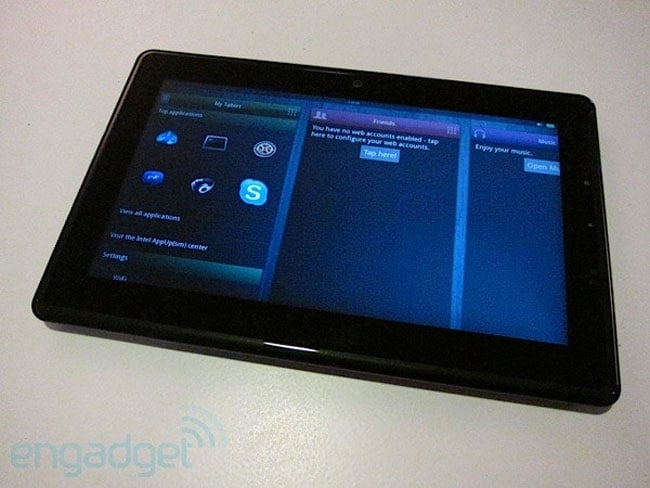 The MeeGo 2011 conference currently on in San Francisco offers OSVs, OEMs, and other MeeGo project contributors a press-friendly stage to showcase their next generation devices and solutions.

The new Intel “Oak Trail” included in the chipset included in the i-Buddie tablet supports 1080p video decoding, as well as HDMI. The platform also has improvements in power-efficient performance and allows applications to run on various operating systems, including Google Android, MeeGo and Windows. Take a look and our article on Android vs iPhone to see which smartphone and mobile platform is best for you.