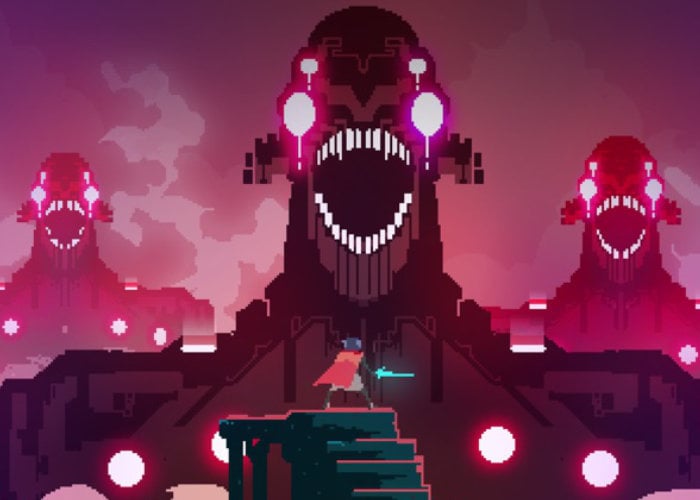 Hyper Light Drifter is a new role-playing game that has this week launched on the Apple iPad and iPhone devices offering a mysterious world to explore for less than $5. Winner of the Audience Award and Excellence in Visual Art awards of the prestigious Independent Games Festival the iOS RPG game Offers a top-down action RPG offering a fascinating world to explore finished with enchanting music and more.

Features of the Hyper Light Drifter iOS RPG adventure include :

– 120 fps gameplay on iPad Pro / 60 fps on iPhone and iPad.
– Compatible with MFi controllers.
– Game Center achievements.
– Haptic Vibration.
– From each character to subtle background elements, everything is lovingly hand-animated.
– Easy to pick up, difficult to master; enemies are vicious and numerous, hazards will easily crush your frail body, and friendly faces remain rare.
– Upgrade weapons, learn new skills, discover equipment and traverse a dark, detailed world with branching paths and secrets abound.
– Evocative soundtrack composed by Disasterpeace.
– All the content from the original game + more weapons, enemies and areas from the Special edition.

“Echoes of a dark and violent past resonate throughout a savage land, steeped in treasure and blood. Drifters of this world are the collectors of forgotten knowledge, lost technologies and broken histories. Our Drifter is haunted by an insatiable illness, traveling further into the lands of Buried Time, hoping to discover a way to quiet the vicious disease.

Hyper Light Drifter is an action adventure RPG in the vein of the best 16-bit classics, with modernized mechanics and designs on a much grander scale. Explore a beautiful, vast and ruined world riddled with dangers and lost technologies.”