If you are becoming a little bored of the traditional bungee jumping scene to get your thrills a new method which provides a little twist and added adrenaline has been created by the Pope family in Hobble Creek Canyon, UT.

Using to vertical poles embedded into the ground the bungee ropes are attached to the user in a similar style, but is then pulled back and launched with the aid of a quad bike. Watch the video after the jump to see the human slingshot in action. 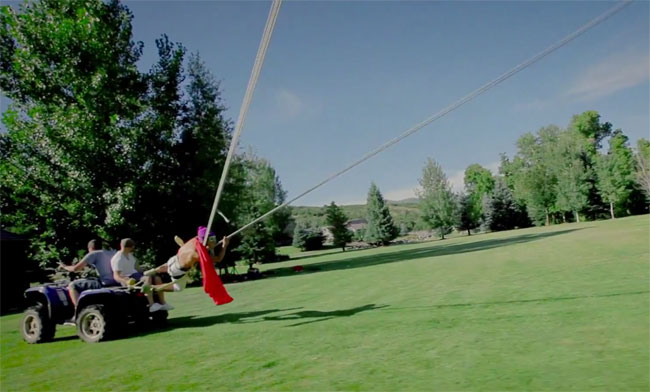 “This is THE original human slingshot developed by the Pope family in Hobble Creek Canyon, UT. Just a couple posts and some bungie cords. Filmed with Canon 5D Mark II and Canon 7D.
Cool!”