We have seen a number of photos of the Huawei Ascend P6, although those have been renders of the device and now it would appear that we have an actual photo of this new Android handset from Huawei.

The Huawei Ascend P6 is rumored to come with a 4.7 inch HD display, the display will feature a resolution of 1280 x 720 pixels, and the device is expected to be powered by a quad core processor with a clock speed of 1.5GHz. 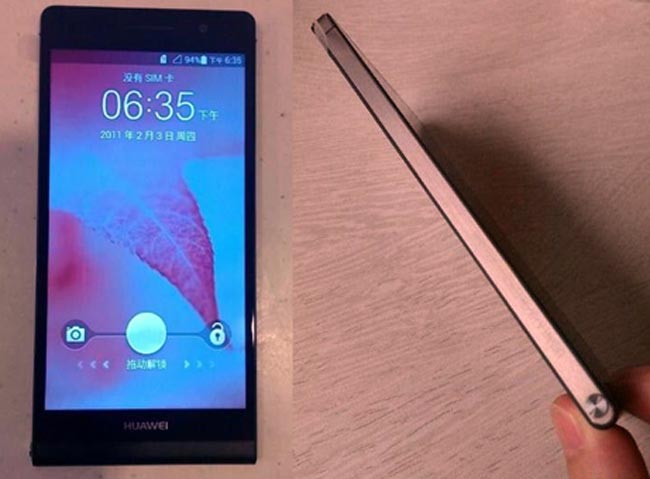 The Huwaei Ascend P6 will come with Android 4.1.2 Jelly Bean and will be available in black, white and pink, there are no details on pricing as yet, as soon as we get some more information, including confirmation of a launch date we will let you guys know.