The new and as yet unannounced HTC Zara Mini of HTC Z3 smartphone has been leaked this week revealing the new smartphones specifications and looks.

The leaked information which became available from three different sources all at the same time revealed that the HTC Zara Mini is equipped with a 4.3-inch 800 x 480 TFT and will come supplied running Google’s latest Android 4.1.2 Jelly Bean operating system. 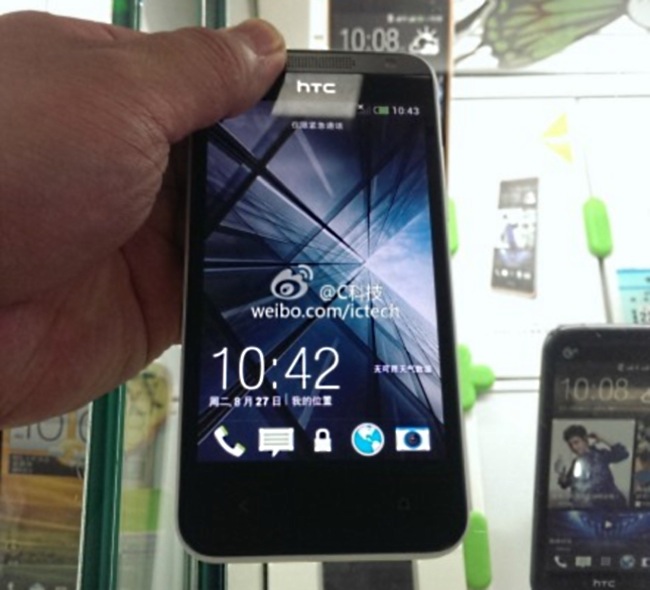 The HTC Zara Mini smartphone is powered by a Dual-core 1GHz possibly Snapdragon 400 processor which is supported by 512MB of RAM with 8GB of internal memory for files and applications.

The new HTC Zara Mini is fitted with a 1.3 megapixel front facing camera for video calling, together with a 5 megapixel rear facing for video and photographs and support dual SIMs.

Unfortunately no information on pricing or worldwide availability has been leaked or released as yet, but its thought that the price of the HTC Zara Mini phone will be around $200.