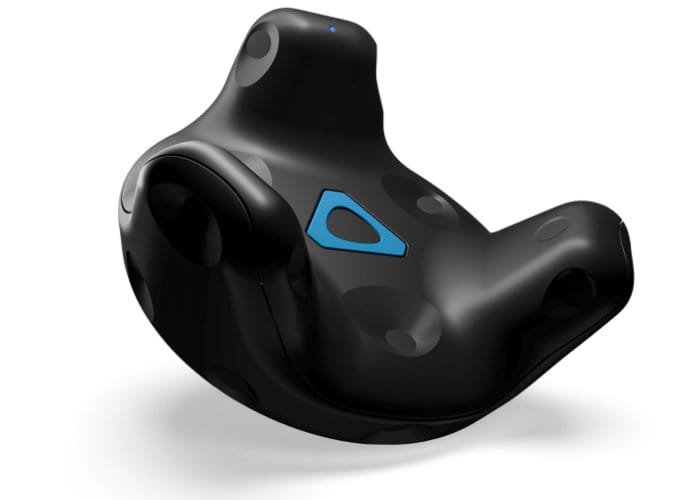 Continuing on from the launch of the new HTC Vive Pro virtual reality headset which is now available to preorder priced at $799, for the headset only, the company has also started selling a new upgraded HTC Vive Tracker 2018. The upgraded VR Tracker was spotted by Toms Hardware and is now available to purchase priced at the same cost as the previous model.

The first generation HTC Vive Tracker was launched just over six months ago and has now received its first update, to support the new Pro VR headset which will start shipping out to those who preorder early next month from April 5th, 2018 onwards.

The HTC Vive Tracker has been created to bring real-world objects into your virtual world and can be added to specially designed accessories to add even more immersion to your favourite games. It can even be attached to a camera enabling you to put yourself into your own mixed reality videos. The latest HTC Vive Trackers will support the new SteamVR Tracking 2.0 enabling larger areas to be utilised for virtual reality engagement, offering spaces up to 33 x 33 ft in size. The internal batteries within the The tracker are capable of providing up to 4.5 hours of use on a single charge.

“The VIVE Tracker creates a wireless and seamless connection between your attached tools and the VIVE system. You can also attach a DSLR camera to the VIVE Tracker to make mixed reality videos and expand the fun.” For more information on the next generation HTC Vive Tracker 2018 jump over to the official online hitch DC store.