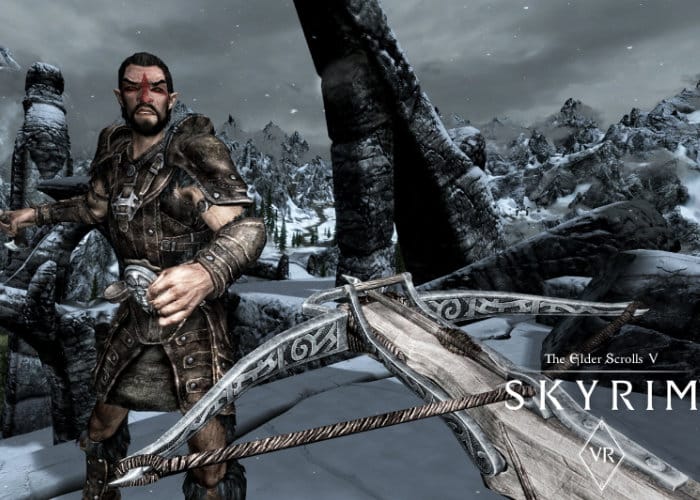 If like me you have been patiently waiting for Skyrim VR to be available on the HTC Rift, Oculus Rift and PC via SteamVR you will be pleased to know that today Bethesda has announced the virtual reality edition go The Elder Scrolls V: Skyrim will be available to play using SteamVR from April 3rd 2018 onwards.

Skyrim VR contains the complete “critically-acclaimed” core game as well as all its official add-ons Dawnguard, Hearthfire and Dragonborn. Check out the announcement trailer below to learn more about what you can expect from Skyrim VR which launched on the PlayStation VR platform back on November 17th 2017.

Skyrim VR offers the true full-length open-world game for VR and has been rebuilt by Bethesda Game Studios for virtual reality hardware and motion controllers. Skyrim VR is now available to preorder priced at £40 and will be available to play on the HTC Vive, Oculus Rift and Windows Reality headsets.

“In Skyrim VR, battling cursed Draugr, exploring rugged mountainsides and hunting fearsome, ancient dragons is more immersive than ever, aided by a made-for-VR control scheme that allows players to move, hack and slash at foes, and cast powerful magic with real-life movements. Dragons, long lost to the passages of the Elder Scrolls, have returned to Tamriel and the future of the Empire hangs in the balance. As Dragonborn, the prophesied hero born with the power of The Voice, you are the only one who can stand amongst them.”