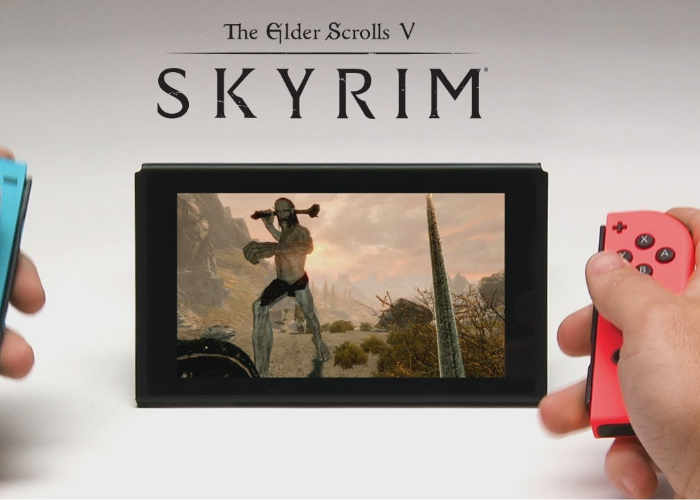 Those interested in comparing the Skyrim port on the Nintendo Switch vs PlayStation 4 are sure to enjoy a new YouTube video created by the team at Digital foundry. Providing a Skyrim graphics comparison between the Switch vs PS4. Check out the video below to see Tom and Rich discussing the necessary compromises and tweaks, with full docked vs mobile comparisons on the Switch and PlayStation 4 head-to-heads and of course a performance analysis with the game running on both consoles.

Don’t forget in a few days time the highly anticipated Skyrim VR game will be launching on the PlayStation VR hardware allowing you to immerse yourself in in the first person RPG adventure. A Skyrim VR trailer was unveiled earlier this year by Sony during their presentation at the E3 2017 games conference. Skyrim VR will also be making its way to the HTC Vive sometime in 2018 and follows on from the release of Bethesda’s Fallout 4 VR game.

All three expansion DLC packs : Dawnguard, Hearthfire, and Dragonborn, are included in Skyrim VR and as soon as any more details are announced regards a release date for PC HTC Vive version we will keep you up-to-date as always.