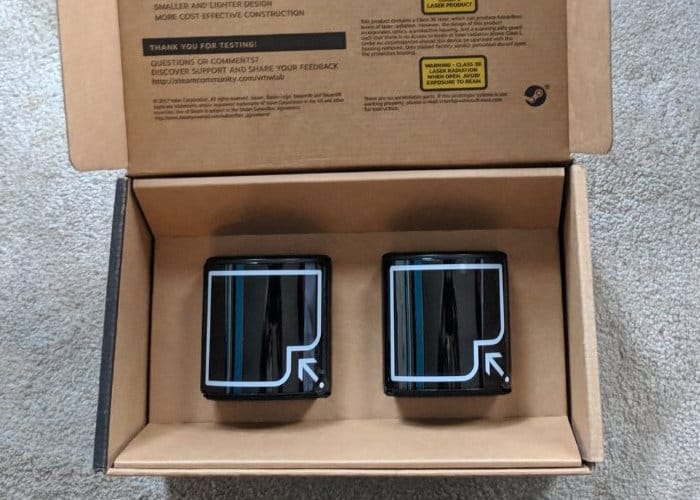 Those looking forward to getting their hands on the new HTC Vive Pro virtual reality headset and SteamVR 2.0 base stations, recently unveiled during CES 2018. Will be pleased to know that the new SteamVR 2.0 base stations have started arriving at developers. GameFace Labs, the developers of a hybrid standalone VR headset that uses SteamVR positional tracking, tweeted out a picture of the new SteamVR 2.0 Lighthouse stations revealing a quick glimpse at what you can expect.

The second generation virtual reality base stations, are being promoted as “next generation SteamVR Base Stations”. If text on the packaging is to be believed, although the design and technology used in the SteamVR 2.0 base stations is currently still in its prototype stage of development.

Unfortunately no details have been announced auto evolves as yet to when the 2.0 base stations will be available to the general public, but as soon as more information is made available we will keep you up-to-date as always. But Valve is keeping to their promise of shipping version 2.0 base stations to licensees in early 2018.

Valve has also announced that OEMs will be able to order the SteamVR 2.0 base stations in bulk costing approximately $60 per unit from Valve and repackage them as part of their own products. As soon as more information is released we will keep you up-to-date as always. Virtual reality users and early adopters may also be interested to know that over the weekend it was also announced you can expect the currently under development HaptX VR Gloves to also be made available to consumers sometime during 2018.