We have been hearing more and more about the HTC Vigor recently, last week we heard that it could be the first HTC smartphone to feature Beats Audio, after HTC purchased a 51 percent stake in the company.

Now the HTC Vigor has appeared on an online mobile phone retailers website, although it looks like it has now been taken down, but not before the guys over at HTC Inside managed to get a screenshot. 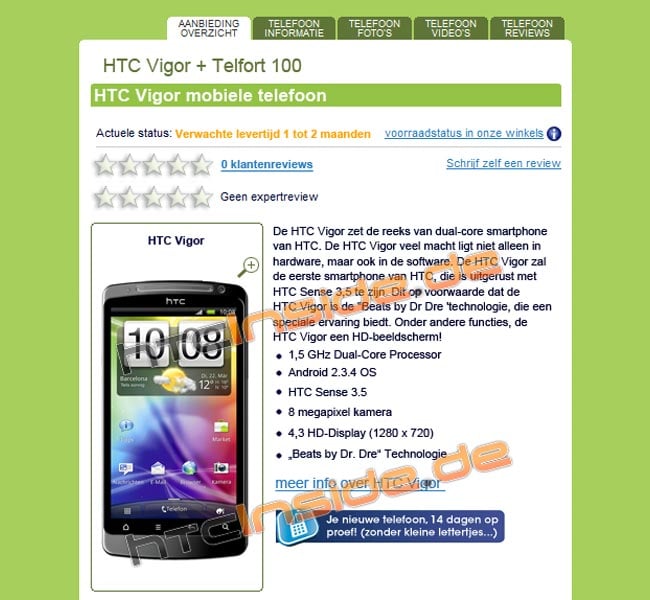 As you can see from the photo, the specifications listed for the HTC Vigor include a 4.3 inch HD display, with a resolution of 1280 x 720 pixels, which would make it one of the first HD smartphones to market.

Also listed is a 1.5GHz dual core processor, Android 2.3.4 Gingerbread, an 8 megapixel camera, HTC Sense 3.5 and ‘Beats by Dr. Dre Technology’, lets hope these are the official specifications as it certainly does sound impressive.