The HTC Thunderbolt went on sale in the US recently, it features a 1GHz processor, which has been overclocked to a massive 1.8GHz by Derek Rodriguez, with a kernel he put together which enables the Thundebolt to be overclocked.

TheRealBeesley ran the kernel through quadrant, and the results turned out to be pretty impressive, you can see the results in the photo below. 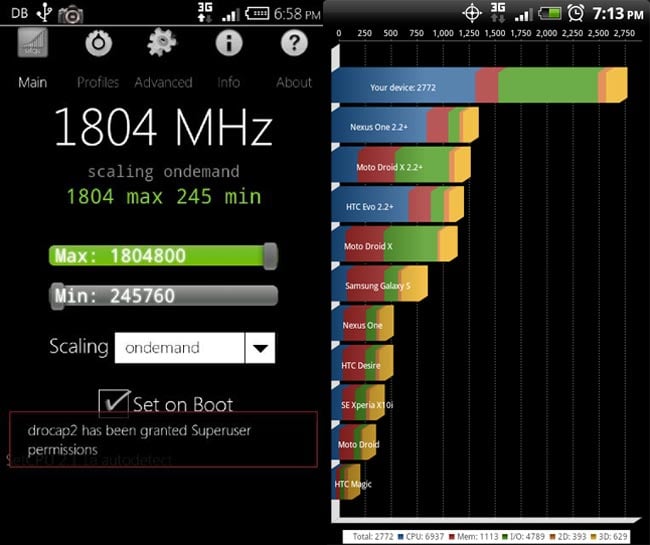 The Kernel hasn’t been released as yet, 1.8GHz is a pretty impresive speed, although Derek Rodriguez point out that you wouldn’t want to run the Thunderbolt at 1.8GHz all the time, “you think I’d really let my phone sit at that?”.

You can find out more details of how the Thunderbolt was overclocked to 1.8GHz over at Android Police. Take a look and our featured article on Android vs iPhone to see which smartphone and mobile platform is best for you.