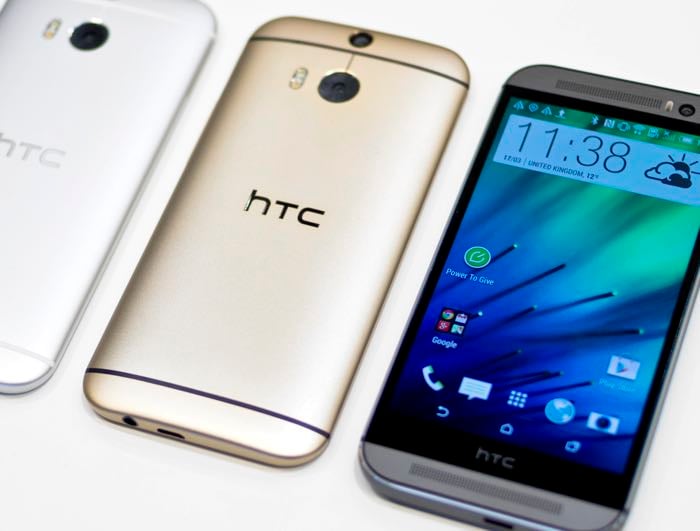 We have seen some leaked photos and heard various specifications for the new HTC One M9 smartphone, and now the handset has appeared in the Geekbench benchmarks.

Other rumored specifications on the new HTC One M9 include a 5 inch quad HD display with a resolution of 2560 x 1440 pixels.

HTC will apparently be focusing on the cameras on their new One M9 smartphone, the front camera is said to be designed for Selfies and will feature a 13 megapixel sensor. 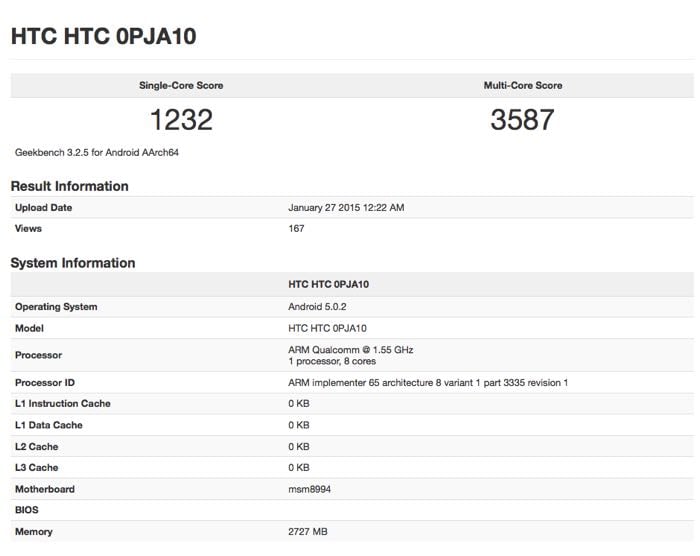 The rear camera on the HTC  One M9 is rumored to be a 20.7 megapixel Sony Exmor RS sensor, and the device will come with Android Lollipop, the version listed in the benchmarks in Android 5.0.2.

We are expecting the new HTC One M9 smartphone to be made official at Mobile World Congress 2015 which takes place between the 2nd and 5th of March.

As soon as we get some more information on HTC’s latest flagship Android smartphone we will let you guys know.