Yesterday we heard that the new HTC M7 would be called the HTC One, we have already seen some render of the new HTC M7 and now it would appear that we have an actual photo of the HTC M7 which also gives us more details on the HTC M7 release date.

The photo of the HTC M7 was posted on twitter by @evleaks, as you can see from the photo it has the date of the 19th of February on the device, this is the same date that HTC are holding their Mobile World Congress press event, which pretty much confirms that the device will be unveiled next week. 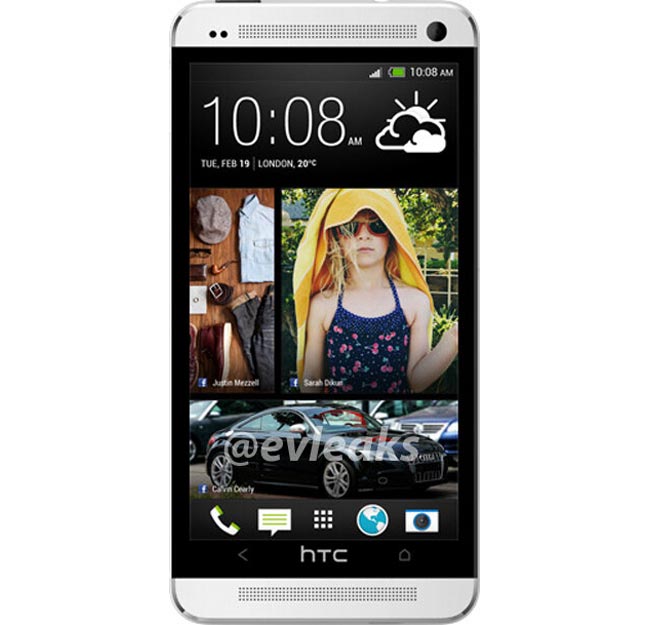 We are expecting the HTC M7 to go on sale in Europe on the 8th of March, this HTC M7 release date was revealed by a French mobile retailer last week, and the device will come with Android Jelly Bean and a new version of HTC’s custom user interface, HTC Sense 5.

The HTC M7 will also come with 32GB of built in storage and a microSD card slot, We are also expecting the HTC m7 to feature a quad core Qualcomm S4 Pro processor, we should have more details on the handset next week.