HTC unveiled their mid-range Desire 816 at the Mobile World Congress 2014 in Barcelona. The handset was available for pre-orders in China, and a report suggested  the company received 450,000 pre-orders of the device in the region which is set to launch next month.

Now, it seems the handset might hit the UK shores as HTC UK posted an image of the HTC Desire 816 on their Twitter account with a brief of some of the features it comes with. 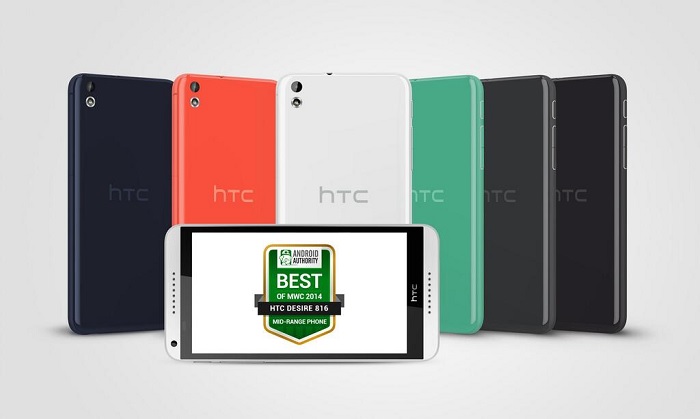 Well, there’s no word about the availability, but it seems the company will shed some more light on it at their event on March 25th. Clove did mention on their blog that they’ll carry the handset, and its available for pre-orders, but when you check out their pre-order page, it doesn’t have a price yet.

As far as the specifications are concerned, the HTC Desire 816 rocks a 5.5-inch display sporting a 720p resolution, and is powered by a quad-core Snapdragon 400 chipset clocked at 1.6GHz with 1GB of RAM and 8GB of RAM with expandable storage via microSD card slot of up to a whopping 128GB.

Other features include 13MP camera for photos and videos, 5MP front-facing camera, a 2,600 mAh battery and runs Android 4.4 KitKat with Sense 5.5 UI on top of it.