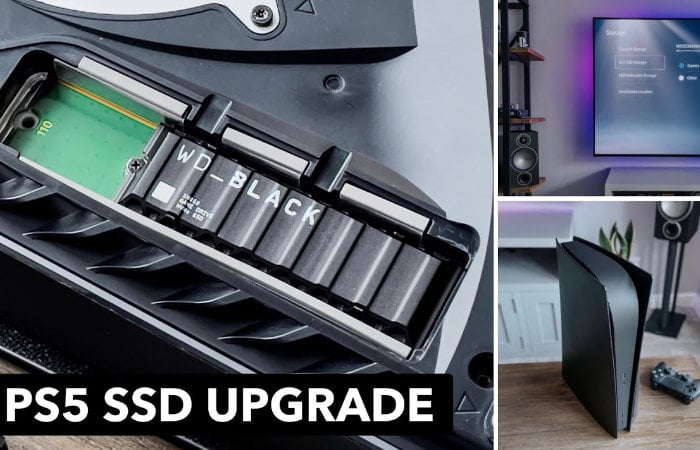 Late last week Sony rolled out it’s new PlayStation 5 firmware update in the form of the Public Beta 2.0 which brought with it a wealth of new features including the long-awaited support for M.2 SSD storage and 3D audio for your TV speakers which can now be enabled in the PlayStation Settings section under Sound to name just a few. If you are interested in upgrading your PlayStation 5 with faster solid state drive storage then this quick eight minute tutorial will guide you through the process of how to install a 2TB SSD into your PlayStation 5 games console.

“Sony unlocked the PS5’s internal SSD slot last week, which allows us to install an additional SSD into the PlayStation 5. Since the Public Beta 2.0 released I’ve tested different SSDs on the internal bay and installed them with and without a heatsink. This is my quick guide for installing an M.2 NVMe SSD (2TB) into the PlayStation 5. Plus how to use a heatsink if you buy an SSD without one.”

How to install a 2TB SSD in your PlayStation 5

Before you take the plunge and upgrade to a 2TB SSD for your PlayStation 5 you might be interested in checking out the performance you can expect again with the new PlayStation 5 firmware update beta 2.0 and using an internal SSD. If so jump over to our previous article where the team at Digital Foundry take you through the performance you can expect once you have installed your internal PS5 SSD.

The SSD used in the tutorial as the WD_BLACK SN850 2TB NVMe Internal Gaming SSD now available to purchase priced at around $500. “Prepare for the next evolution of speed with the WD_BLACK SN850 NVMe SSD, giving you supreme PCIe Gen4 technology for your PC so you don’t lag out on the next generation of games.”