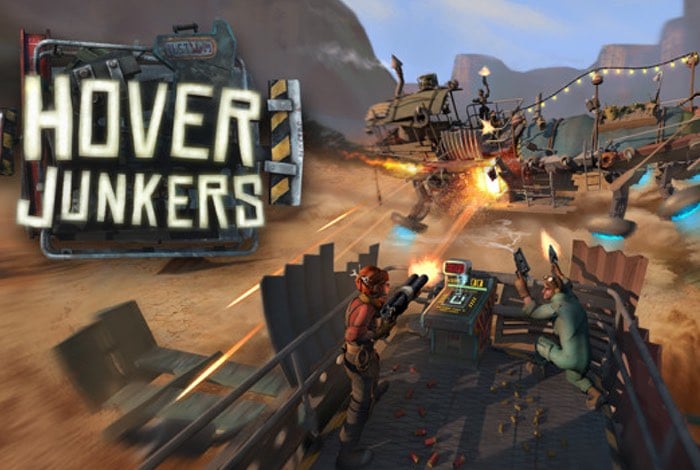 After publishing updates on the development of the new virtual reality Hover Junkers game via the official website, the developers have now taken to Indiegogo to raise the required $100,000 it will take to launch this unique and very interesting new VR game.

Watch the video below to learn more about the virtual reality game which is now available to preorder via the Indiegogo crowdfunding website with pledge tiers starting from just $35 for a Basic Junker.

Alex Knoll the developer of Hover Junkers explains a little more about what you can expect from the virtual reality game which is still currently under development and will be available to play via SteamVR.

Hover Junkers is a multiplayer focused flying platform shooting game built from the ground up exclusively for VR WITH TRACKED CONTROLS ONLY. Choose your ship based on your room scale play area, enter into multiplayer combat areas to claim scrap/loot, and have shootouts against enemy player junkers. Using scrap as defenses against incoming fire, you can physically dodge, hide, and shoot from behind the cover of your ship’s defenses.

We have been developing Hover Junkers since March 2015, and are now on the final stretch for release. After receiving many requests for pre-orders and ways for the community to support the game, the best way for us to answer is by providing a limited run campaign here on IndieGoGo. We want to provide the community with special limited rewards for taking such an interest in the project!

The game is coming out regardless of the result of this campaign. We are now down to the final crunch and only need to iron out some last bugs. No matter what, Hover Junkers will be released with the launch of the HTC Vive in April. The purpose for this campaign is to reward supporters who want to get involved early!

For more details about the new Hover Junkers game jump over to the Indiegogo website by the link below.