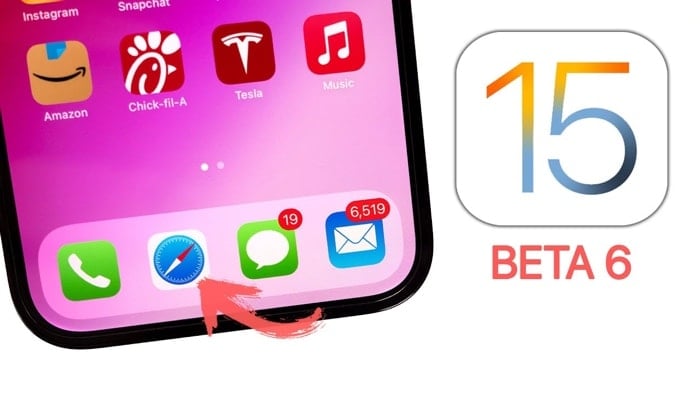 Apple appears to be stepping up its beta release schedule ahead of the software’s launch, this is expected to happen in September.

Earlier today we got to have a look at the new iOS 15 Beta 6 in a video and now we have another video, the latest video is from Brandon Butch.

As we can see from the video there are some new updates and features in this new beta over the previous beta.

One of the new features coming with iOS 15 is a new Focus mode, this is designed to help you focus on what you are doing a cut down on distractions like notifications and more. You can select what type of notifications to prioritize and which ones to ignore so you do not get disturbed by irrelevant notifications.

Apple are also introducing their new SharePlay mode which is designed to watch TV shows and movies with your friends over FaceTime, you can also listen to music as well.

Apple are expected to release iOS 15 along with the new iPhone 13. recent rumors have suggested a release date for the new iPhones of the third week in September.