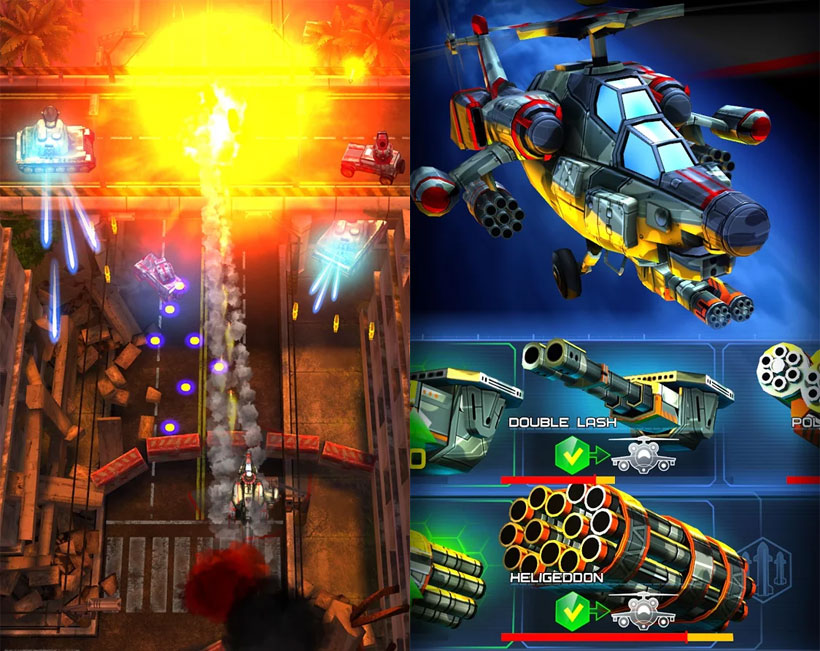 Android gamers have a new app that reminds me a lot of some of the video games I grew up with in the 80s; the new game is called Heli Hell. The app puts you behind the controls of four different helicopters as you strafe and blow up enemy vehicles. One of the coolest things about the game is that the weapons are upgradable on the helicopters.

You will get to upgrade 16 different weapons including mini guns, rockets, and cannons. During the game players will fight over 30 different enemy forces and battle large bosses. Like the games from the 80’s, you will need to destroy the bosses to move on to the next level. The graphics on Android devices are much better than any games from the 80s.

Heli Hell has 3D graphics and destruction effects to improve game visuals. There are ten stages in all for the game. Heli Hell is from Bulkypix and it is 142MB in size. That is a big app and so far, it has been installed 1000-5000 times according to Google Play. Android 2.3 or higher is supported and the game is a free download with in-game purchases.