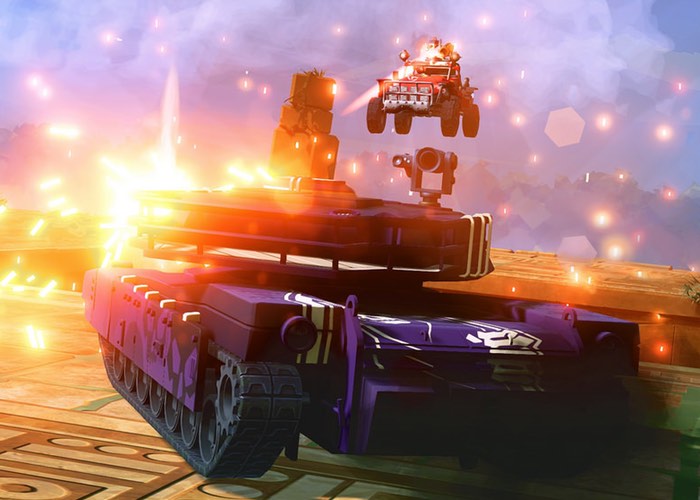 Dan Durnin from SCE Connected Content Group has taken to the PlayStation blog this week to announce the upcoming arrival of the Hardware: Rivals game on PlayStation 4 systems.

Watch the announcement launch trailer for the new PS4 Hardware: Rivals game below which provides gamers with a vehicle-based combat game.

As some of our veteran readers may recognize, this new game builds upon the legacy of a PS2 title, “Hardware: Online Arena”, a vehicle-based combat game that was one of the very first online gaming experiences for PlayStation back in 2002.

We’re a new internal development group here at Sony Computer Entertainment and we’re all very fond of the original game (and some of the team even worked on it!). Armed with PS4, we leapt at the chance to put a new coat of paint on an old friend.

We’ve taken the opportunity to introduce a truckload of upgrades and new features, but the spirit of the original gameplay remains the same. Bringing back the explosive mayhem and online rivalry of vehicle combat has been an absolute pleasure, and we can’t wait for you to get behind the wheel.

For more details on the upcoming Hardware: Rivals release on PlayStation 4 consoles jump over to the official PlayStation blog by the link below.