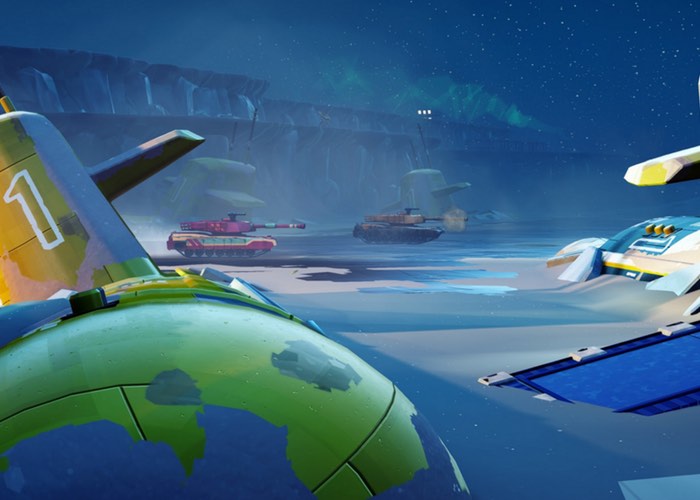 Daniel Durnin Senior Producer, SCE Connected Content Group has taken to the PlayStation blog this week to announce that Hardware Rivals will be launching exclusively on Sony’s PlayStation 4 early next month on January 5th, 2016.

The new Hardware Rivals game will be priced at $19.99, and its gameplay can be seen in the official launch trailer embedded below, to whet your appetite before the game’s official launch.

After launch more content will be launched including maps, vehicles and extra game modes for players to enjoy. Durnin explains a little more.

For those of you new to the game, Hardware: Rivals is an explosive, over-the-top, vehicle combat game where you pit yourself against other drivers in heavy tanks or fast attack vehicles. Battle online through multiple maps, game modes, challenges, and special events. As you take down your enemies, you will collect bounties for hunting your biggest rivals. You can play as a lone wolf or as part of a team.

We’ve been busy tweaking the game based on your feedback from October’s Beta trial, and also putting the finishing touches on a ton of new stuff. We’ve added another map, Outpost 92 — a frozen, deep core mining facility drowning in snow and ice, cut off in the face of an onrushing blizzard. It’s the ideal place to try out our new vehicles: the Sledgehammer (Tank) and Nomad (FAV). They’ll be lining up alongside the Predator and Wraith, ready for you to unleash devastation.

For more information on the new Hardware Rivals PS4 game jump over to the PS Blog website for details via the link below.