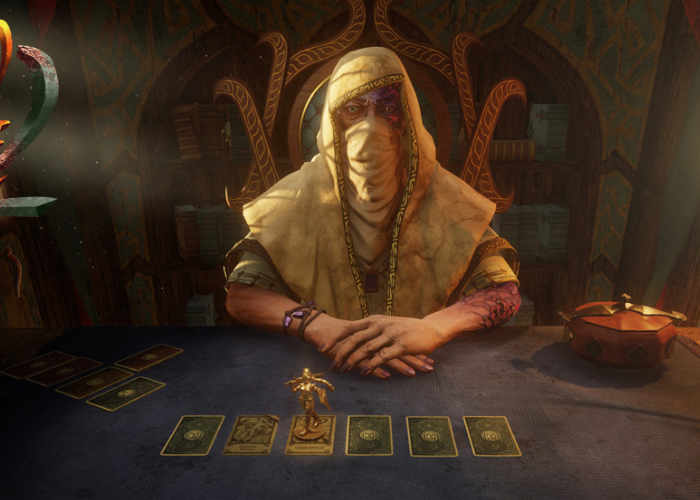 A new launch trailer has been released for the newly released for the sequel Hand of Fate 2 to celebrate its launch today on PlayStation 4, Xbox One and PC systems and been created and developed by the team at Defiant Development. Check out the latest trailer below to learn more about the unique RPG that combines both sword and can’t play into a new version which builds upon the features of the 1st to provide a bigger and better game than its predecessor in almost every respect.

Features of the new Hand of Fate 2 game include:

– A brand new map based meta-game, brimming with exciting new challenges
– Adopt new combat styles like dual-wielding, and heft two-handed heavy arms.
– Engage new foes united by all-new card suits. Cross swords with the well-trained Imperial forces of the Steel Suit, or strike down the corrupted mutants of Blight.
– Team up with companion characters who provide combat support, mini-game perks and who can influence the player’s story in unpredictable ways.

The Dealer has clawed his way back beyond the thirteen gates to seek his revenge! The table has changed, yet the stakes remain the same: life or death! As in the original Hand of Fate, adventurers explore a dark fantasy world built from collectible cards distributed by a magical dealer in a meta boardgame. Each overturned card reveals a new trial: third-person combat, high-risk high-reward minigames or Tabletop RPG-style decision making. Once again, draw your cards, play your hand, and discover your fate.