I am sure that there are lots of us out there who have loaned out something and had it returned missing parts of just plain broken. I haven’t really heard of someone loaning something out and having it come back arguably cooler than it was when it left. Such is the case with a dude who loaned a friend his DSLR. 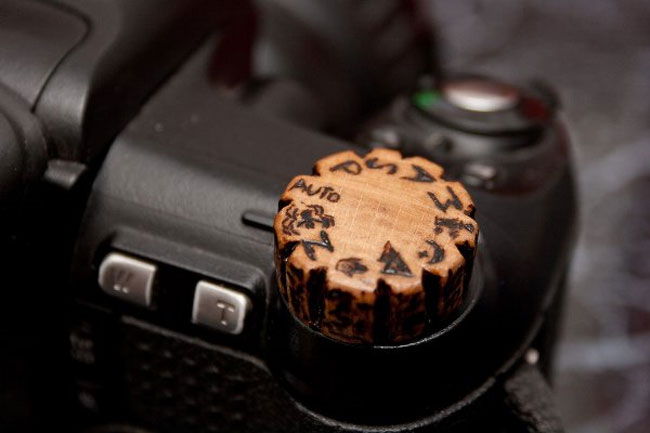 The guy carved a new control knob out of a wood chunk. The knob even has the ridges for grip like the one the original would have used. After the carving was done, the person burned the letters for the settings of the camera on top so you know what you are using. In all the new knob is pretty sweet. I wonder if I can loan the knob maker my DSLR.