It seems a lot of folks these days are riding on the Modern Warfare 3 bandwagon. Gunnar Optiks are guilty of the same and since MW3 is just around the corner, they’ve released a pair of glasses that should improve the vivid experience of shooting Russians, terrorists, and bad guys in general. Seen below is an example of its badly named Modern Warfare 3 Gaming Eyewear. Sure, the name leaves much to be desired, but its features are getting a lot of mileage in different places. 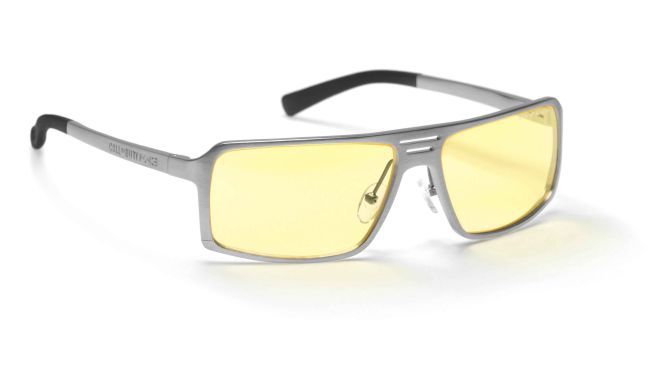 If you look closely, the Modern Warfare 3 logo is printed on either side. The glasses supposedly reduce eye strain and allow better vision while in the heat of combat. The frame is even contoured at an angle so that peripheral motion is better seen.

The tint of the lens serves a unique purpose too, as it reduces the glare of high res screens, thus easing the stress your eyeballs are going to take when you go campaign mode in one sitting for 10 hours straight.

The glasses are already available for orders at Gunnar’s HQ.