This is not the first luxurious handset we’ve seen in the past few months. The folks at GoldGenie released a number of popular handsets with gold-plating and other exotic materials.

Now, the luxury handset manufacturer Gresso came up with its own luxurious Android handset, Radical  R1, made of grade 5 solid titanium and is priced at a whopping $1,800, while another version comes with a $2,300 price tag with a logo plate in white or yellow 18K gold. 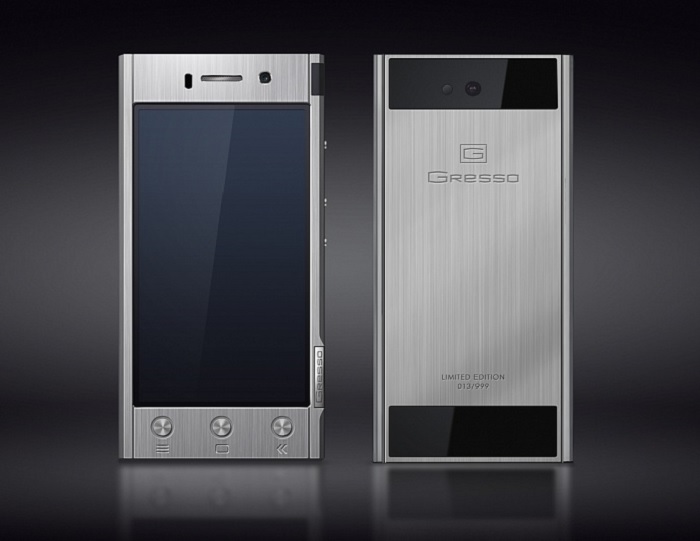 The manufacturer is fairly popular in making feature phones with exotic materials, which will cost a fortune for many of us. Actually, not just the feature phones, they’re also popular in dressing up iPhones with diamonds and collecting over $30,000 for them.

The handset doesn’t come with the best specifications and is more focused on the looks. The handset comes with Android 4.1.2 Jelly Bean pre-installed out of the box with a quad-core processor clocked at 1.2GHz and a 4.5-inch display with qHD resolution.

Other features include 36GB internal memory, 8MP camera for photos and videos,dual-SIM support and comes with 12 months warranty. The specifications doesn’t list the RAM, but we’ll be surprised if it’s above 1GB.

Well, this luxurious handset is made in smaller batches, with 999 units available for sale. Obviously, this is not something an Android fan would like to spend $1,800 bucks.