High-end mobile phone maker Gresso is known for making devices that focus more on exotic materials and craftsmanship than functionality. Not too long ago the company unveiled its Cruiser Titanium, which was made from titanium that was polished to a high sheen. The company has now announced a new version of that Cruiser Titanium mobile phone aimed at women. 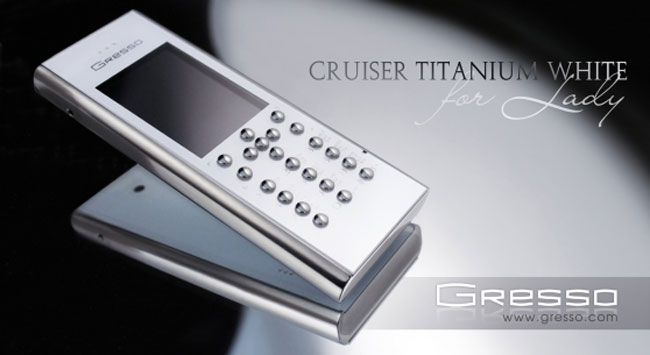 The new phone is called the Cruiser Titanium White and is available for $3000. Other than having a polished white face, the phone appears to be the same as the other Cruiser Titanium unveiled previously. The phone has a one-piece case milled from a solid chunk of titanium.

The milling process to create the case takes seven hours and each is hand polished for several more hours for mirrored gloss. Each of the buttons on the smartphone is hand polished and the front and back are made from solid tempered glass plates. The manufacturer will produce only 999 of these mobile phones and they will be available starting this month.