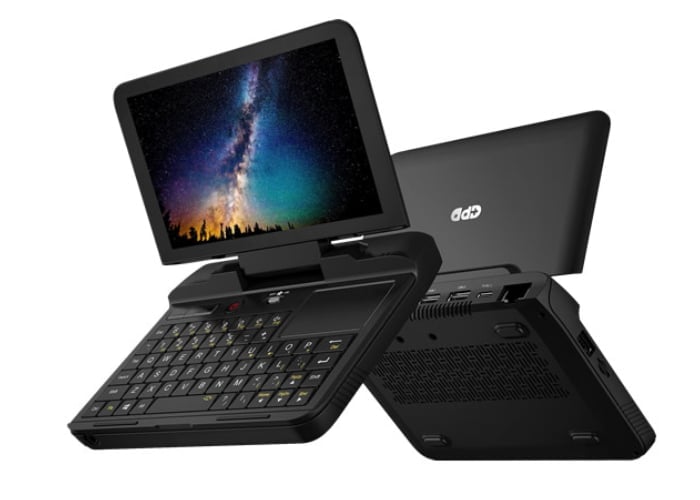 If you are interested in learning more about the new GPD MicroPC Windows mini laptop which is now available to preorder via a crowdfunding campaign on Indiegogo from $299. Brad Linder over at the Liliputing website has published a great hands on preview of the windows mini laptop and its features. “The GPD MicroPC has more full-sized ports than you’d expect to find on a device that’s small enough to fold up and slide into a pocket.”

Watch the video below to learn more about what you can expect from this pocket sized Windows 10 laptop which measures just 6 x 4.4 x 0.9 inches in size when closed. Powered by an Intel Celeron N4100 quad-core Gemini Lake processor the small mini laptop sports 4GB of LPDDR4 RAM (soldered to the motherboard), and a 128GB M.2 solid state drive (SSD) for the operating system and applications.

“The computer can be used with active or passive cooling. There’s a fan switch above the center of the keyboard that lets you toggle the fan. When it’s running, it helps keep the system cooler which could help prevent CPU throttling in some situations. But the fan also emits a noticeable high-pitching whining noise, so if you’re in a quiet room and don’t mind sacrificing a little performance for some peace and quiet, you can turn it off.”

Other features include connectivity via both Bluetooth 4.2 and wireless 802.11ac standards. For more details jump over to the official Liliputing website by following the link below. If you’re interested in backing the new mini laptop project jump over to the Indiegogo crowdfunding website by following the link below where pledges are available from $299.