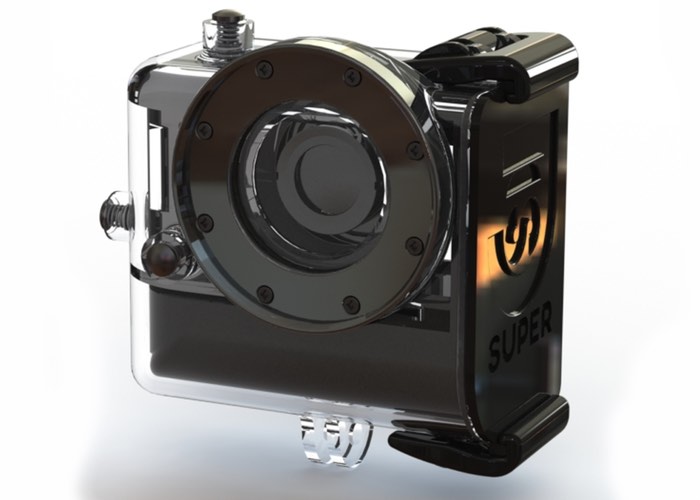 GoPro owners that would like to increase both the storage capacity and battery life will be interested in a new GoPro case that has been created by Si-Jex called the GoPro SUPERcase.

The GoPro SUPERcase has been created to add five times the standard battery life to your GoPro action camera as well as increases its storage by eight times enabling you to capture everything you may encounter on your adventures.

Watch the video below to learn more about the GoPro SUPERcase features and functionalities. Its creators explain a little more :

The Si-Jex SUPERcase is the first and only all-in-one GoPro accessory case that combines battery power and storage into one simple component. Simply plug your GoPro into the SUPERcase and you’ve instantly added hours of power and video to your adventure.

Battery life is measured in hours. Yes, HOURS. The SUPERcase has a dual 18650 Li-Ion battery pack for hours of battery life. With the 5200 mAh battery you get over 6 hours of unattended recording at 4K, 30fps.

What good is a 6 hour battery if the microSD card fills up in the first hour? How about 8X the storage capacity. We’ve engineered a solution that lets you put up to 512 GB. With the SUPERcase storage capacity matches battery life.

Tired of glare? Does sunlight ruin your shots? Improve the quality of your videos using filters. We’ve added a standard 58 mm accessory mount. Now you can add filters, lens hoods, multipliers and even a lens cap

For more information on the new GoPro SUPERcase jump over to the Kickstarter website for details and to make a pledge from just $100 for early bird backers.