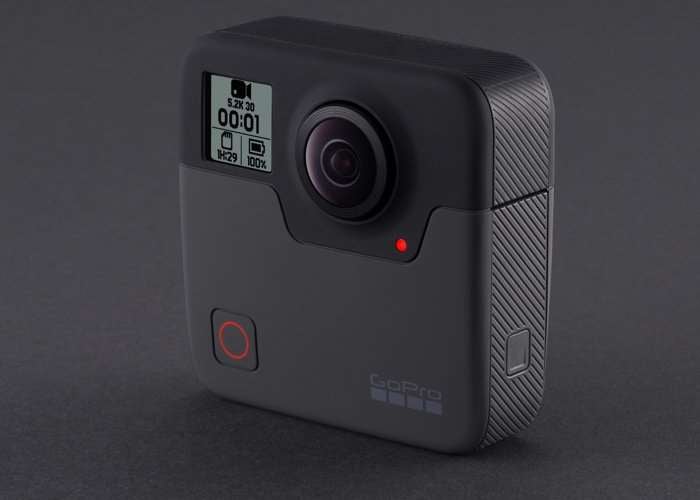 As well as announcing the launch of a new GoPro Black Hero 6 action camera, dobro has also announced that preorders are now open for its new 360 degree camera that takes the form of the GoPro Fusion 360 which is capable of capturing video for VR.

The GoPro Fusion 360 as you would expect is equipped with two lenses capable of shooting up to 5.2K video at 30 frames per second and is capable of capturing 18 megapixel spherical photographs as well as capturing 360 degree sound.

The small 360 degree camera is also waterproof up to 16 feet, and equipped with a GPS, Wi-Fi, and Bluetooth as well as being compatible with most GoPro mounts currently available. Full specifications are not yet available from the GoPro website, but as soon as more details are made available we will keep you up-to-date as always.

GoPro has also launched a new software package called OverCapture which will be available for desktop systems and launch and will be available on mobile devices sometime during 2018. CEO Nick Woodman called it “arguably the most versatile creative tool,” and that you “shouldn’t have to point” your camera anymore.