Some of our readers will remember the Google App Inventor for Android that we showed you back in July, its a tool which is designed to easily produce apps for Android devices.

Previously the app was in closed beta, but Google has just made the app available to everyone,and anyone with a Google account can use it. 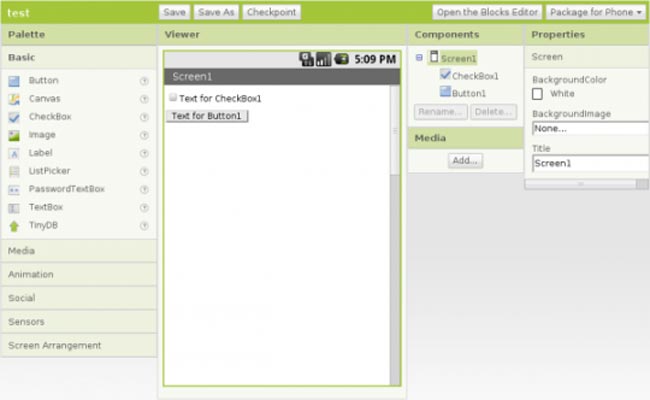 You can build just about any app you can imagine with App Inventor. Often people begin by building games like WhackAMole or games that let you draw funny pictures on your friend’s faces. You can even make use of the phone’s sensors to move a ball through a maze based on tilting the phone.