Google [GOOG] has released a new tool that is designed to make it easy for anyone to develop applications for their Android platform called App Inventor.

App Inventor is a tool that is designed to create Android applications visually, rather than having to use code, and you can even include phone functions and GPS in your applications. 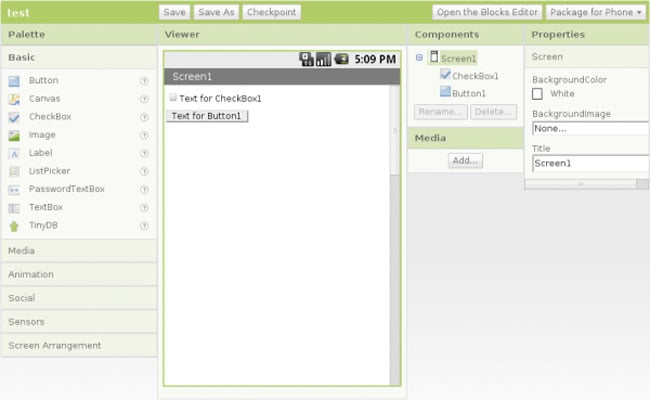 You can build just about any app you can imagine with App Inventor. Often people begin by building games like WhackAMole or games that let you draw funny pictures on your friend’s faces. You can even make use of the phone’s sensors to move a ball through a maze based on tilting the phone.

But app building is not limited to simple games. You can also build apps that inform and educate. You can create a quiz app to help you and your classmates study for a test. With Android’s text-to-speech capabilities, you can even have the phone ask the questions aloud.

You can find out more information about the App Inventor for Google Android over at the Android App Inventor homepage. Have a look and our article on Android vs iPhone to see which smartphone and mobile platform is best for you.