We are expecting to see some Google TV devices launching over the next week, the Logitech Revue is due to launch tomorrow and Sony are expected to launch the Google TV enabled HDTVs next week.

Google has now launched an official Google TV website, and you can now take a guided tour of Google TV to see what it is all about and what services it will offer. 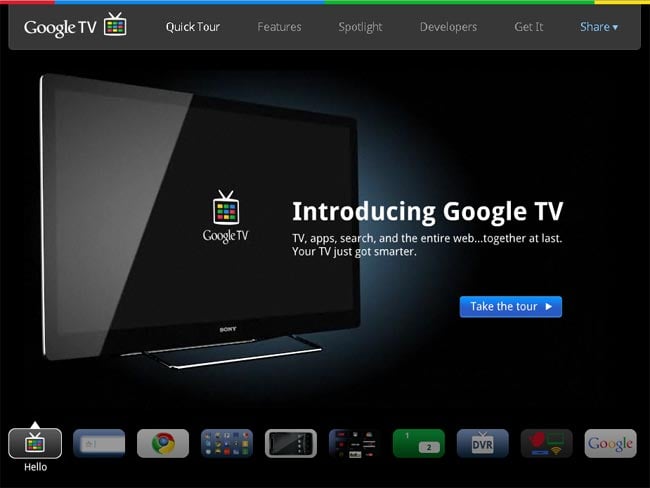 Google describes Google TV as ‘Television meet search engine’, it will run a variety of applications and you will also be able to search the web for content to watch on your Google TV.

You can also browse your favourite websites with the built in Chrome browser, run a variety of applications, and use your Android smartphone as a remote.

It has a similar feature to the new Apple TV, as you will be able to stream movies from your Android smartphone using a feature called Fling to your Google TV.

It also offers support for Netflix streaming and also video on demand movies from Amazon, plus you can watch YouTube videos, as well as recording your favourite TV shows if you are a Dish Network subscriber.

Sony has now officially announced their range of Google TV HDTVs full details below. Have a look and our article on Android vs iPhone to see which smartphone and mobile platform is best for you.